The topic of illegal Soviet whaling impacts on bue whales became a popular topic during the Upwelling Festival. Dr. Peter Gill, Senior Research Scientist from Blue Whale Study, started the day with an early morning ABC radio interivew. Dr. Gill spoke of about the devastating secret whaling program carried out by the Soviet Union between 1947-1972. Using the largest whaling fleets ever assembled, the Soviets combed the oceans of the Southern Hemisphere, slaughtering hundreds of thousands of whales while declaring greatly reduced numbers caught and sometimes just a a handful.

Dr. Gill also gave a presentation at the Portland Arts Centre as part of the Upwelling Festival marine environment talks. The presentation was attended by approximately 50 people who heard of they killed thousands of protected blue whales, some of them not far to the south of Portland, and all but wiped out the humpback whales that migrated up Australia’s east and west coasts. “Humpbacks have now recovered strongly from whaling, but blue whales are still endangered and showing few signs of recovery” said Dr Gill. 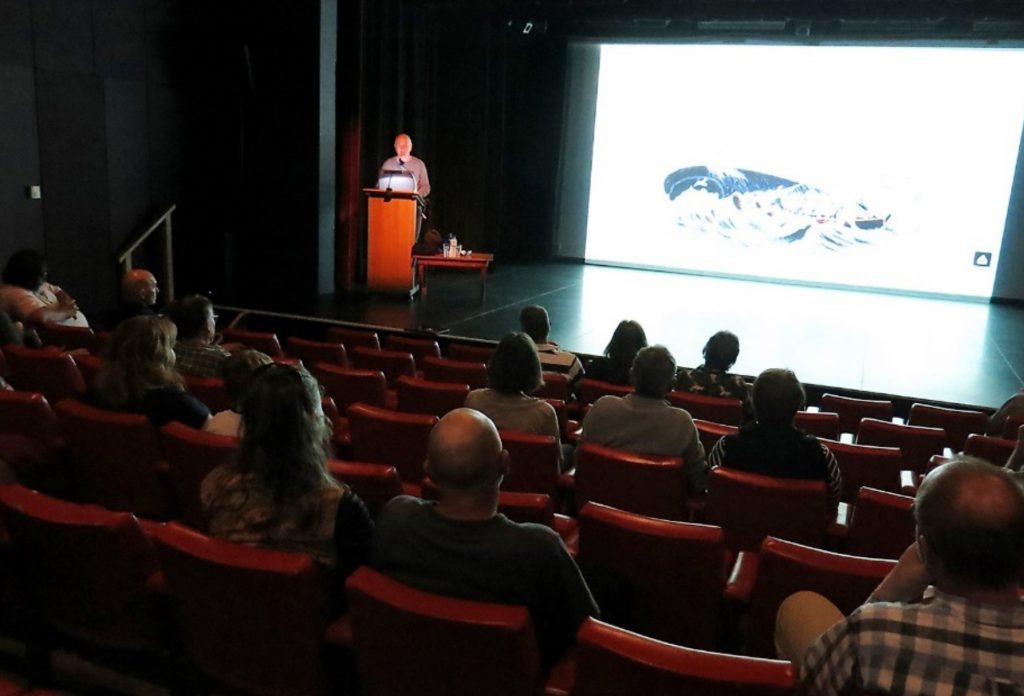 The presentation also included slides of how the whales where hunted and captured by the whalers. “When you see the photos of what was going on it was quite shocking. We now have such low numbers of blue whales and as a result are listed as Endangered by the Australia Federal Government. It is imperative Blue Whale Study conducts surveys, both aerial and ocean based, to ensure we gather data every Upwelling season. The information we gather builds a picture of their movements and feeding habits in the Bonney Upwelling region just off the coast of Portland”, said Dr. Gill.