The Blue Whale Study was born in 1998.  The previous year, after fifteen years of involvement in cetacean research projects in Australia, Antarctica and the south-west Pacific, Pete Gill became aware of a report detailing numerous sightings in December 1995 of blue whales in Discovery Bay just west of Portland, south-west Victoria. A subsequent conversation with CSIRO oceanographer Dr George Cresswell led to a realisation that seasonal cold water upwelling probably explained the presence of these whales. In February 1998, Pete led a preliminary field trip on the 15m yacht Iniquity, quickly finding blue whales feeding on krill in Discovery Bay. This spurred a decision to start a long-term ecological study on the blue whales and their habitat.

For the first critical years, this research program was known as the Blue Whale Study, until the not-for-profit organisation of the same name was founded in 2007. The research was funded initially by the Australian Government’s Natural Heritage Trust, while Pete completed a PhD through Deakin University (see link to his thesis ‘Ecological linkages within the Bonney Upwelling blue whale feeding area’). These studies helped to hone the focus of the Study.

In 2002, Pete was joined by Margie Morrice. Their 12 year collaboration saw them study varying aspects of blue whale ecology such as foraging behaviour, population genetics, movements between areas and patterns of residency. They also undertook photo-identification of individual whales they encountered, an important and ongoing component of current research. Margie completed a PhD through Deakin on the foraging behaviour of blue whales in relation to the ecology of their krill prey. Margie left the Blue Whale Study in 2014. 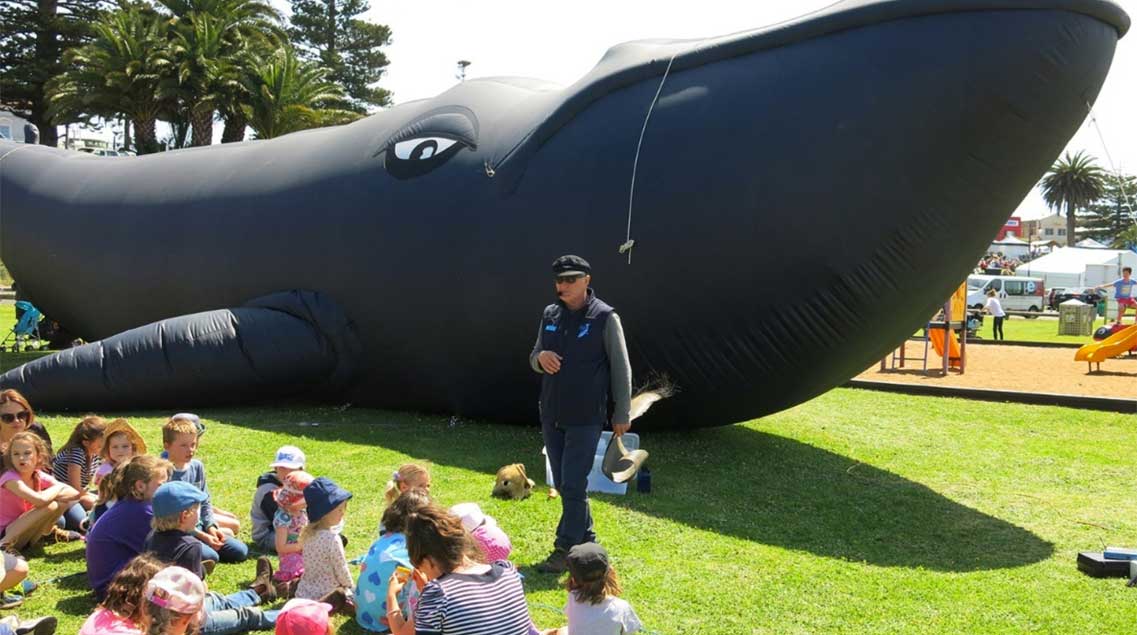 Twenty-one years later the work continues, and the accumulated knowledge from the Blue Whale Study’s long-term research has resulted in international recognition for the Blue Whale Study and our research, but more importantly, in international recognition that the Bonney Upwelling and surrounding upwelling waters are critical foraging habitat for these magnificent pygmy blue whales.

The BWS scientific team work in southern Australian waters between Bass Strait and the Great Australian Bight during summer and autumn. This is when blue whales migrate north from Antarctic waters to feed in the Bonney Upwelling region. The drive for our enduring research efforts comes from a deep desire to not only understand the biology and ecology of these remarkable animals, but to contribute meaningfully to improving their conservation status.  Seeing a global increase in blue whale numbers and healthy maintenance of their habitat and food resources would be a joyous thing!