This area of the continental shelf off south-east Australia is described as the ‘southern coastal boundary of the Australian mainland’ and has ‘a maximum width of 200 km in the central Great Australian Bight’ (Butler et al., 2002). The shelf narrows to about 20 on the Bonney Coast of South Australia and off Portland. The depth on the shelf in the Bonney Coast increases gradually out to 100 m where a distinct increase in steepness is then observed between 100m-200m. The continental slope and the abyssal plain (between 1,000 and 5,000 m) along the Eyre Peninsula and the Bonney Coast, are connected by over 20 very large and steep canyons, which are thought to be conduits for upwelling water (Middleton and Bye, 2007). The South Australian Basin, a major abyssal plain (depth 5,500 m) is located offshore, adjacent to the shelf region (Butler et al. 2002).

Our ‘core study area’ where most of our research activity has taken place covers the whole of the continental shelf offshore from Robe, South Australia (37°09’S, 139°45’E), to Cape  Otway, Victoria (38°52’S, 143°32’E), an area of approximately 21,000 km2 (see shaded area, Figure 1 below). The coast and shelf in the study area lie approximately along an ESE-WNW axis, a crucial alignment with the south-east winds that drive upwelling during the warmer months. 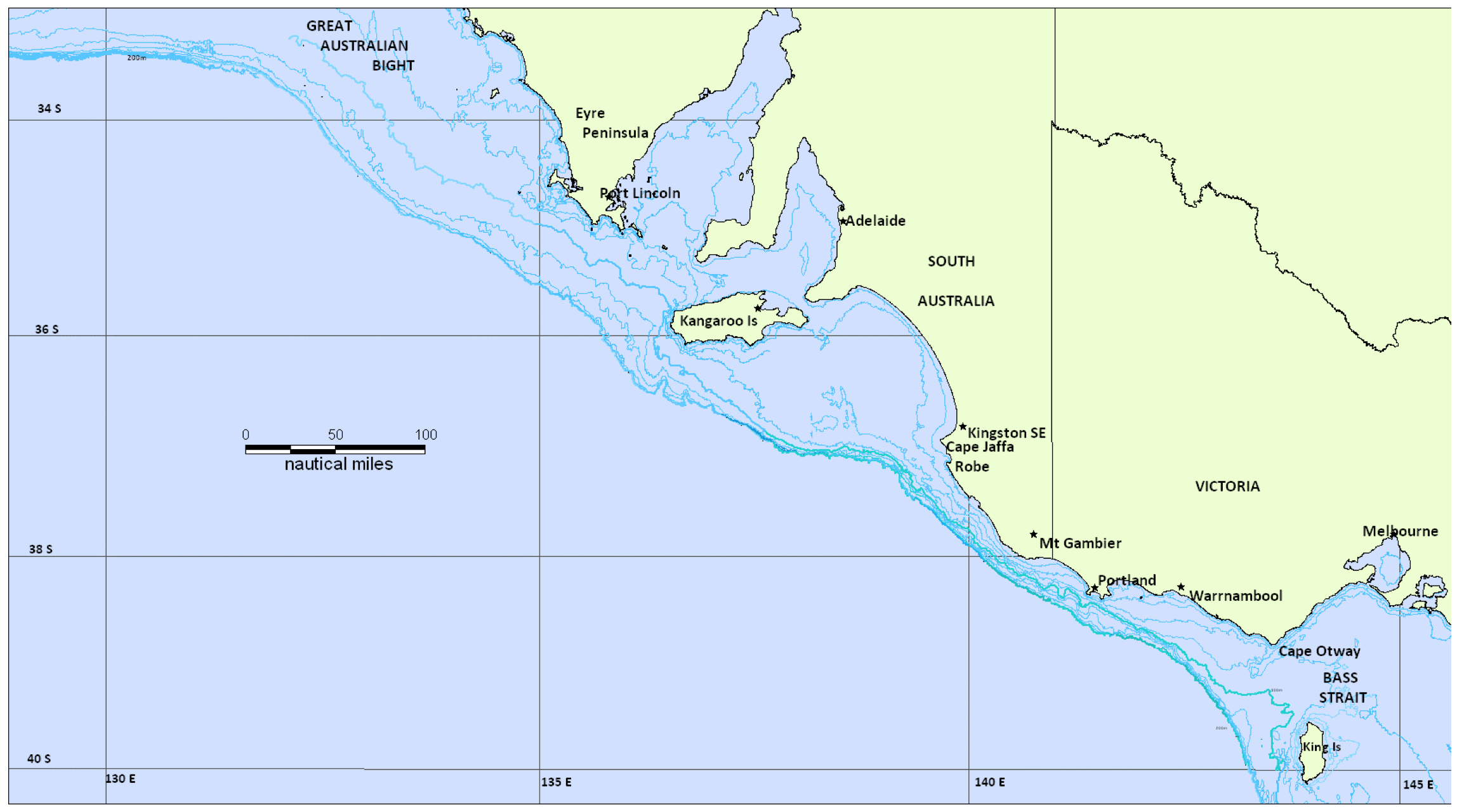 The primary driver of ocean upwelling is wind.  Upwelling brings cool water toward the surface, though much upwelled water may remain below warmer surface layers. The surface ‘plume’ of the Bonney Upwelling is one of Australia’s most remarkable marine phenomena, extending westward along the continental shelf from Cape Nelson (141°30’E) to about 138°E.  It is part of the Great Southern Australian Upwelling System which extends approximately 800km from north-west Tasmania to the eastern Great Australian Bight. South-east winds displace warm surface waters offshore, to be replaced with cold water from deep in the Southern Ocean, bringing vast quantities of nutrients to the surface.  This larger system is influenced by the Flinders Current, the world’s only northern boundary current.

Tiny plants, called phytoplankton, thrive on these upwelled nutrients.  They in turn provide food for krill which attracts blue whales, baitfish and other diverse fauna.   Krill live in the upwelling year round, but their numbers increase when abundant food is available during the upwelling season and their swarms grow bigger throughout the season.

Driven by south-east winds, this dynamic marine event intensifies around the start of November each year. Reflecting the presence of their prey, blue whales usually arrive at the start of the upwelling season to start feeding, and may remain until May. Upwelling intensity, krill abundance and blue whale abundance vary from year to year in response to climatic and oceanographic changes.  Figure 1 below is a colour-coded satellite image of sea surface temperature.  Red represents warmest temperature and blue the coolest.  The thin black line in the image is the 200m isobath, the edge of the continental shelf. 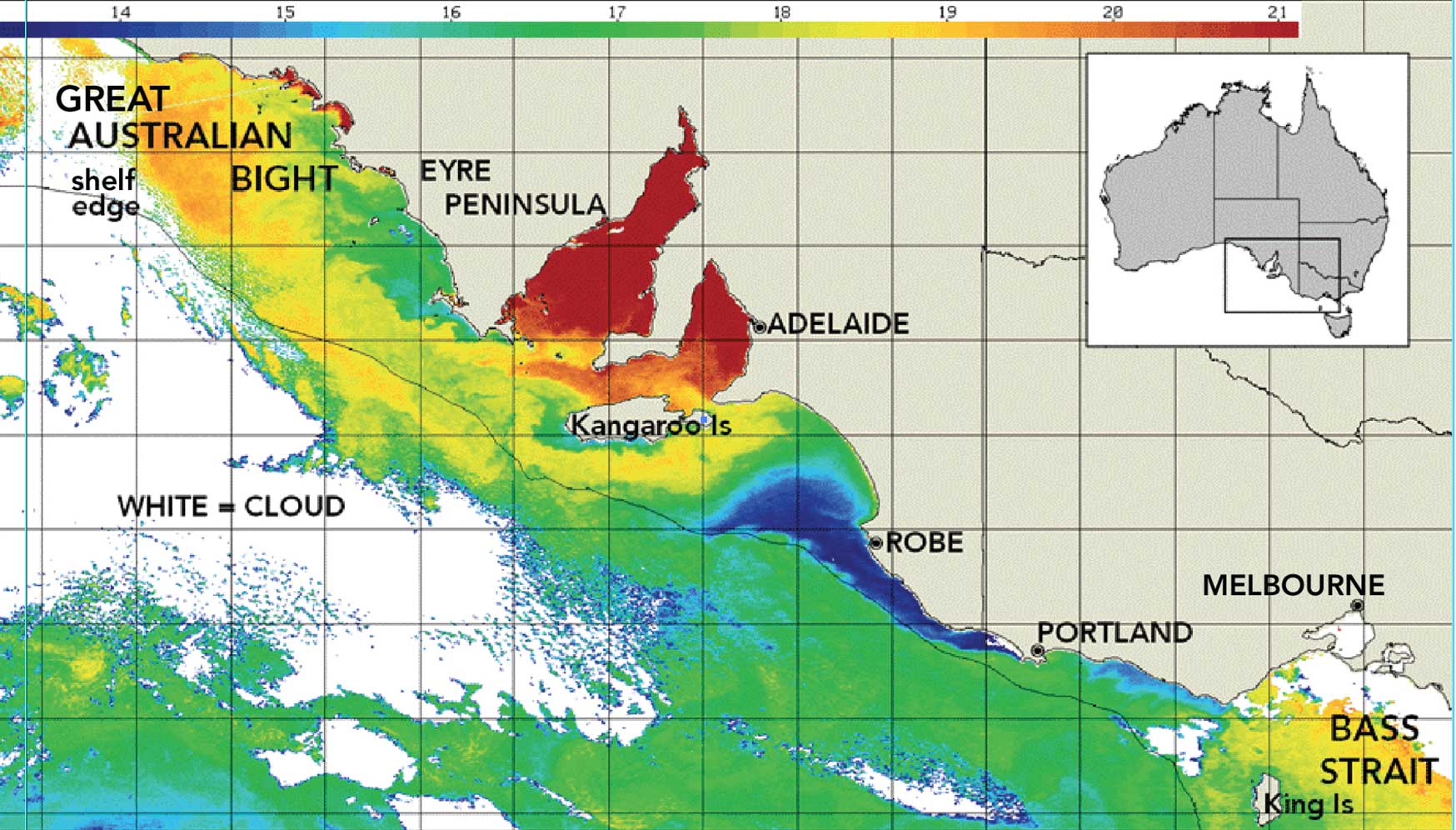 Figure 3: Imagery of a major upwelling event within the BWS study area

The dark blue surface plume of the Bonney Upwelling is right of centre; weaker surface upwelling is evident along the coast west of Bass Strait, off the south-west corner of Kangaroo Island, and off the west coast of Eyre Peninsula. Sub-surface upwelling (not visible in satellite images) is almost continuous along the shelf from King Island to Kangaroo Island. Image courtesy CSIRO.

Middleton JF and JAT Bye (2007) A review of the shelf-slope circulation along Australia’s southern shelves: Cape Leeuwin to Portland. Progress in Oceanography 75:1-41.